After a few mishaps Ciara is gearing up to finally release her fourth album ‘Basic Instinct’ on December 14th. (Just an interesting note, isn’t it odd that both Ciara and Diddy-Dirty Money are releasing their insanely delayed albums on the same day?)

‘Ride’ was released as the first single back in April. The song hit big on the R&B chart peaking at number 3, but the album was pushed back from its August release date to ensure stronger sales.

Months later and Ciara has failed to gain another hit from the record. ‘Speechless’ failed to catch on and ‘Gimmer Dat’ has END_OF_DOCUMENT_TOKEN_TO_BE_REPLACED

Prediction: Album of the Year 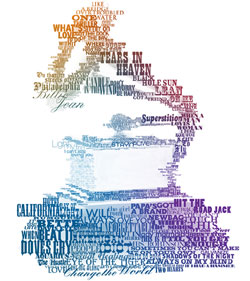 I was shocked last year when ‘Fearless’ won album of the year. I’m hoping that I won’t be as disappointed this year considering that this is the highest honor of the entire night.

In an age where albums seem to be diminishing, there are always a few each year that stand out. A good album is consistent, it makes a statement. A good album sound complete, missing nothing. It’s hard to find an album thats perfect, but considering the work that was put out this year there are a few standouts.

Sade’s album ‘Solider Of Love’ is an automatic shoe in. The 10-track album is a smooth ride from beginning to end. Mixing the genres of END_OF_DOCUMENT_TOKEN_TO_BE_REPLACED 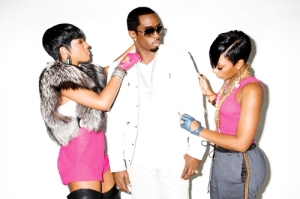 I’ve been meaning to write a review on this song since the AMA’s, and since the video was just released I figured I should do it now before it was too late.

‘Coming Home’ is technically the fifth song released from the groups album ‘Last Train To Paris’. The album is set to finally END_OF_DOCUMENT_TOKEN_TO_BE_REPLACED

At the beginning of last week I posted a video of Nicki Minaj performing on Letterman. I was not particularly impressed with the performance because it was lacking the personality that we have grown to love from Nicki. While ‘Right Thru Me’ is a more personal song that her others that doesn’t mean her performance should lack life.

Nicki fixed all of that with her performance on Jimmy Kimmel last night. She wasn’t nearly as stiff, and she had a certain END_OF_DOCUMENT_TOKEN_TO_BE_REPLACED

Prediction: Song Of The Year

One of the most important Grammy’s of the night is Song Of The Year. It’s such an interesting category because the biggest song of the year could be snubbed a nomination all together. A song needs to stand out to be reconized.

We are in a phase right now where a lot of songs sound alike because of the popular dance sound on the radio. While a lot of those song are good I wouldn’t expect to see songs like ‘DJ Got Us Falling In Love’ or ‘I Like It’ in the category. I think there are some obvious choices this year, but I would not be surprised to find an obscure song in the mix.
END_OF_DOCUMENT_TOKEN_TO_BE_REPLACED 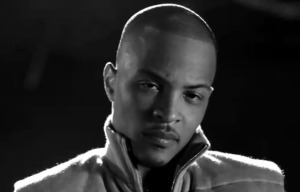 After a preview was released a few years ago the T.I./Christina Aguilera collaboration ‘Castle Walls’ can be heard in full as of today. The song, which serves as the next single for ‘No Mercy, finds the two lamenting about the negative side of fame.

As I said earlier this week, both T.I. and Christina need a hit END_OF_DOCUMENT_TOKEN_TO_BE_REPLACED

Last year there was controversy over Lady Gaga’s inability to be nominated for Best New Artist. She was nominated at the 2009 Grammy’s for ‘Just Dance’ before her album was eligible to be nominated. Her album, ‘The Fame’, was released after the cut off date, which meant it would be up for nominations at the 2010 Grammy’s.

With the Grammy nominations occurring on Wednesday I wanted to officially kick it off on the blog. All week, along with the regular stories, there will be some type of Grammy story posted. Whether it’s predictions of nominations, interesting history, or opinions on the actual nominees, get ready for Grammy overload.

Overall this year has been an interesting one in music, so I am expecting the Grammy’s to reflect that. Best New Artist should be an interesting category after the rules changed thanks to Lady Gaga.

Shopping in Cincinnati, Ohio last night and I wanted to find out who was selling the most this week at that store. I was pretty lucky because the store attendants gave me the exact numbers of the top two albums and shed some light on an interesting aspect of the buisness.

If this store is any indication of the rest of the country than we can expect Kanye West to come in at number 1. Apparently Kanye has sold 71 copies of his album ‘My Beautiful Dark Twisted Fantasy’ since Monday. Right behind him is Nicki Minaj with 54 copies. The numbers don’t come as much of a surprise considering the star power of each artist, but Nicki was given the number 1 album slot in the store which threw me off.
END_OF_DOCUMENT_TOKEN_TO_BE_REPLACED

How Much?: Justin Bieber

Today marks the release of Justin Bieber’s new album ‘My World Acoustic’. The album takes hits from his first two albums, and adds a new song to the mix. The album is only in stores, which is a nice challenge to the digital shift in music sales.

Whether you want to admit it or not, Justin Bieber is one of the biggest pop stars out right now. This can mainly be attributed to the massive following of pre-teens who follow him. After winning 4 AMA’s beating the likes of Lady Gaga, and having one of the biggest selling albums of the year, I hate to admit that Bieber is a force to be reckoned with.
END_OF_DOCUMENT_TOKEN_TO_BE_REPLACED