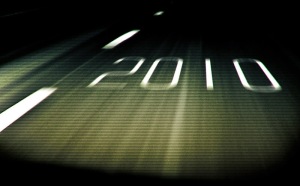 This was quite the year for Rap with the comeback of Eminem, who had the top selling album of the year. While many people say that the genre as a whole has sold out, I’ll never give in to that.

Music is meant to grow and evolve as time goes on. I’m honestly sick of people complaining that Rap is no longer good because it doesn’t sound like the 90’s. There is no denying that Rap in the 90’s was gold, but to wish that the genre stood still in that time period would be wrong.

I will admit that we may be past the golden age of Rap, but by no means is the genre dead or dying. We are experiencing a growth within the genre, and while it is too early to tell the end result it will be interesting to watch it happen. At the end of the day and artist will do what they must to make money, and no one should hate on that.

Also, the song included on the list are only those officially released as a single. It was tough to make this decision, but considering that hundreds of mixtape songs were released this year, I couldn’t possibly narrow all of those down. I will say this though, the number 1 song would’ve stayed the same no matter what. With that said here are my top 10 Rap songs of 2010:

Kanye has proven yet again that he is a genius after creating ‘Monster’. The verse from Nicki Minaj only pushed the song further into greatness, being one of the highlights this year. Having so many ego’s on one track is risky, but they were able to build upon each other creating a near perfect song.

What do you think?

Did I miss anyone?

*Check out the clean versions of the songs*